Over the past several years, Atommash, the branch of JSC "AEM-Technologies" in Volgodonsk, has been buying electricity in the wholesale electricity and power market using automated commercial electricity measurement systems.

Due to the change in the requirements Commercial Operator of the Russian power system in the part of providing direct access from the server to the power meters it is necessary to modernize the system of the two main substation of the Atommash.

At the same time, due to the fact that the data of the system are used not only by the sales staff, but also by the staff of the power engineering department, the customer presented additional requirements to the system in the scope of displaying indications of current electricity parameters.

The previously used software did not provide such opportunities.

Features of the solution

SEDMAX software in the system provides:

As a result, at present, the system of the branch of JSC "AEM-technology" Atommash in Volgodonsk meets the latest requirements of the Commercial operator and provides in the basic kit (without the purchase of the additional modules) data for dispatching.

In addition to the key functionality, the problem of the satellites loss by the GPS receiver and time synchronization failures in the system was solved. SEDMAX, in the case of a GPS receiver failure, automatically switches the time synchronization source of the power meters to the certified servers of the Federal State Unitary Enterprise "All-Russian Scientific Research Institute of Physical, Technical and Radiotechnical Measurements").

Effects of the SEDMAX implementation

SEDMAX solution, which seamlessly integrates the features of power metering and dispatching, reserves time synchronization functions, has helped significantly save on the system's modernization. The plant did not have to buy a monitoring module and a time synchronization module for the previously used software, this decision reduced costs by 1.5 times.

One of the criteria for choosing the server software was the user interface, which should be clear for all stuff of the two plant departments without any special long-term training and habituation. This requirement is important due to the fact that after the years of using the previous software, the staff was unable to adapt to its "ergonomics". SEDMAX software was chosen, among others, for the clear and modern web-interface. This factor is important, because it affects the speed of the work of the staff and making decisions. 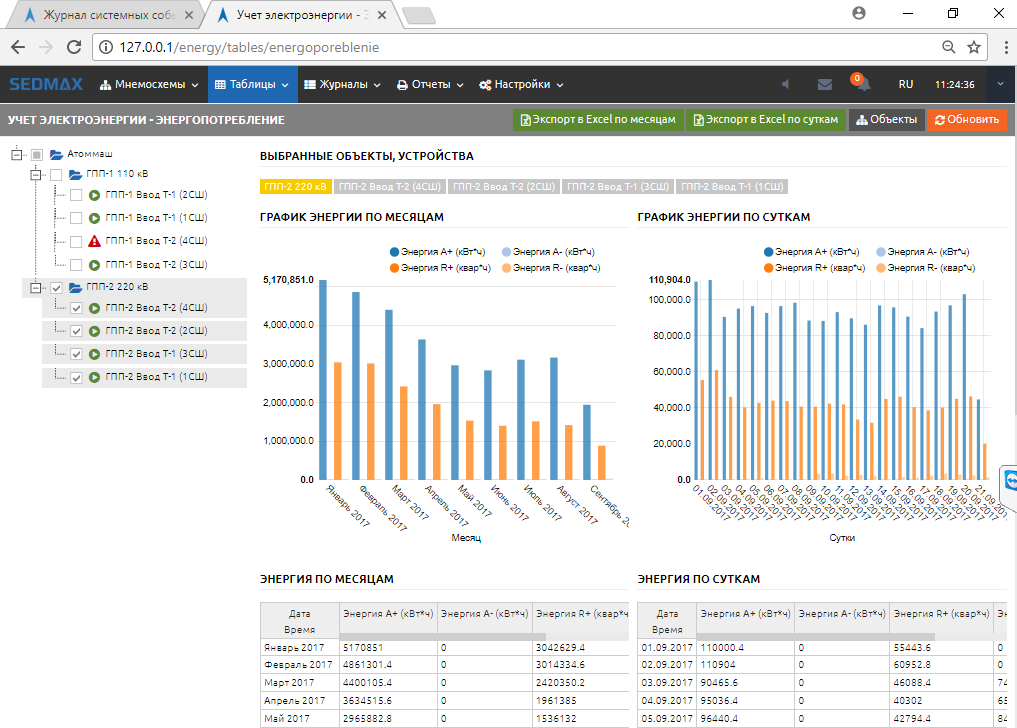 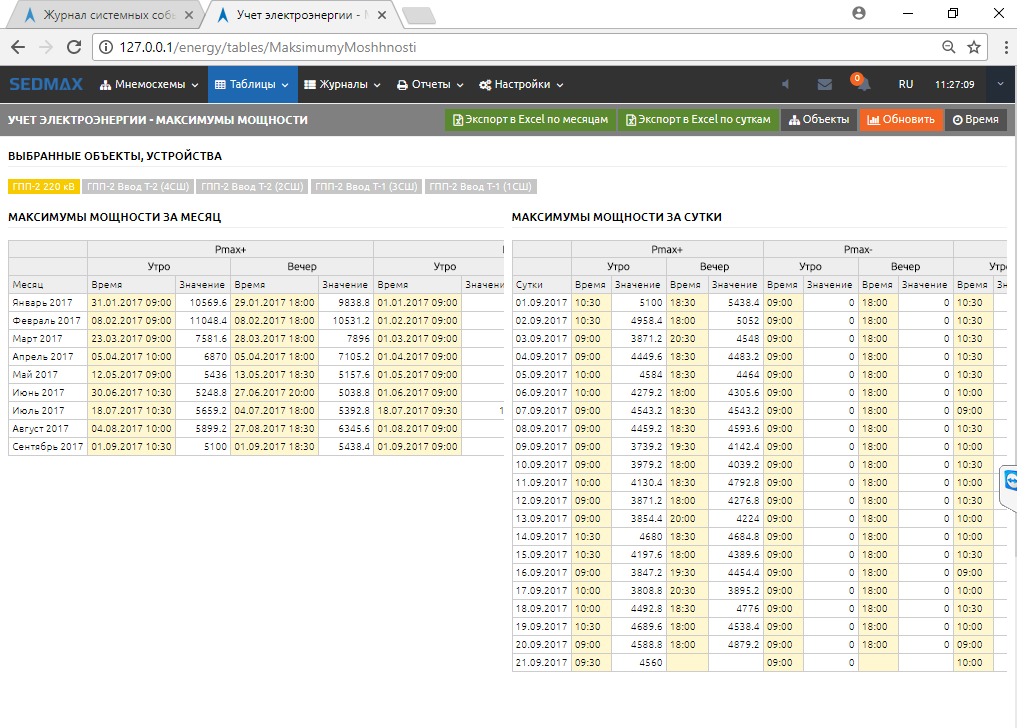 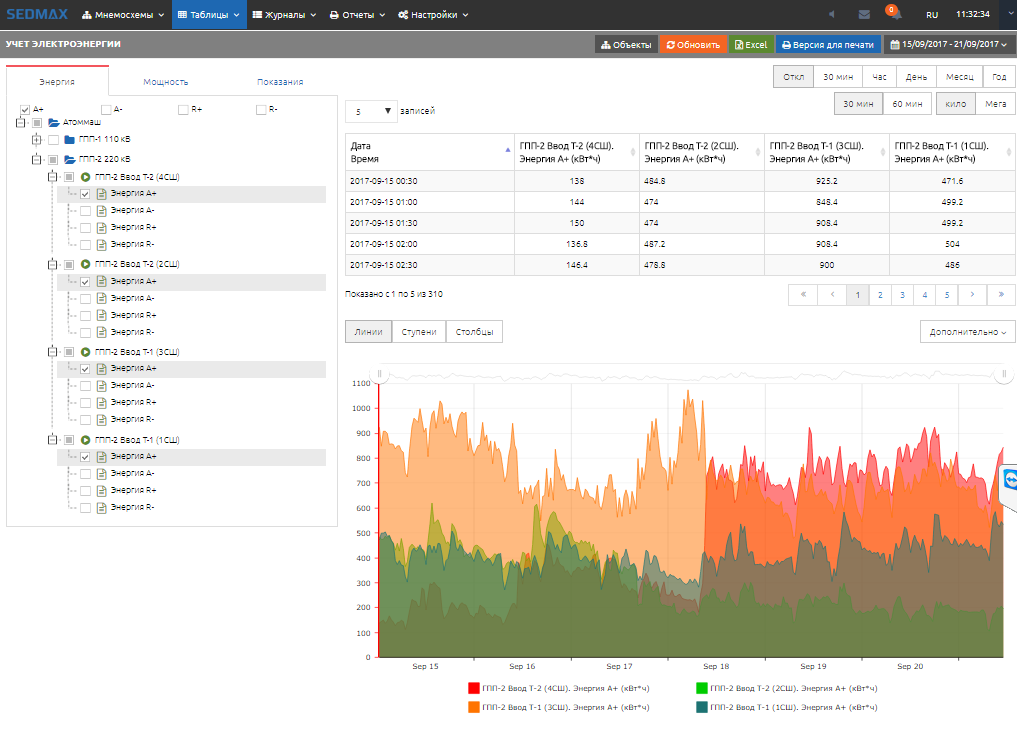 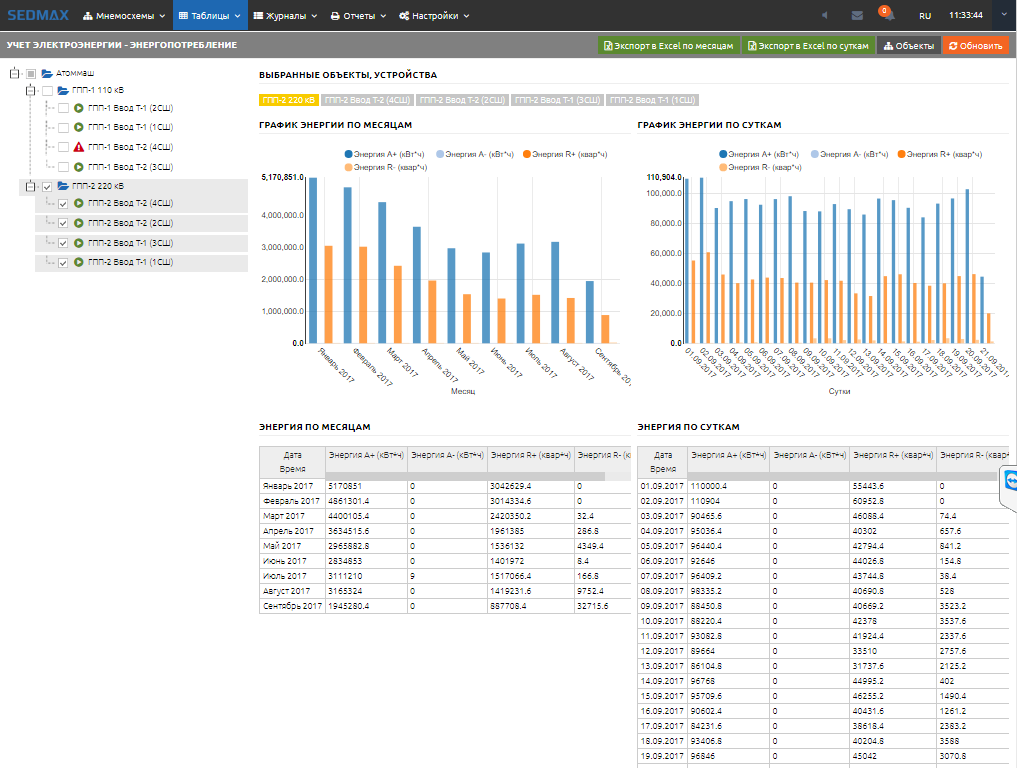