The Mnogovershinnoye JSC extracts gold ore and is a subsidiary of Russdragmet LLC, the assets of which are managed by Highland Gold Mining Ltd. – one of the largest Russian companies in the gold mining industry.
Mnogovershinnoe is located 560 km north of the city of Khabarovsk and 123 km from the district center of Nikolaevsk-on-Amur. The managing company is located in Moscow. Because of the enterprise’s remoteness from the communications, pipelines, electrical and other networks and the severe climate of the Far East the cost of acquiring resources (especially diesel fuel) and transport logistics are very significant.

The tasks of the management staff are to search for cost-effective solutions and ways to rationally use energy resources; to understand which energy resources, in which volume and for which period of time are being consumed per unit of output, to plan the expenses on them with the utmost accuracy.
The enterprise operates ten boiler stations and a 110/6kV substation. The company's specialists need to know what is happening at each site, located several kilometers one from another, especially since the access to these sites is often limited in the wintertime.

Mnogovershinnoye had a system of data collection from boiler stations, built on the basis of VKT-5 heat calculators and a commercial electricity metering system based on the SET meters.

The system’s disadvantage was the lack of flexibility in configuring the software: the staff was unable to make any changes without involving the developer. The software used did not make it possible to generate reports in the forms required by staff.

In addition, there were disruptions in the software operation and data collection from the heat calculators.
To solve existing problems and expand the systems’ capabilities the customer chose the SEDMAX software. 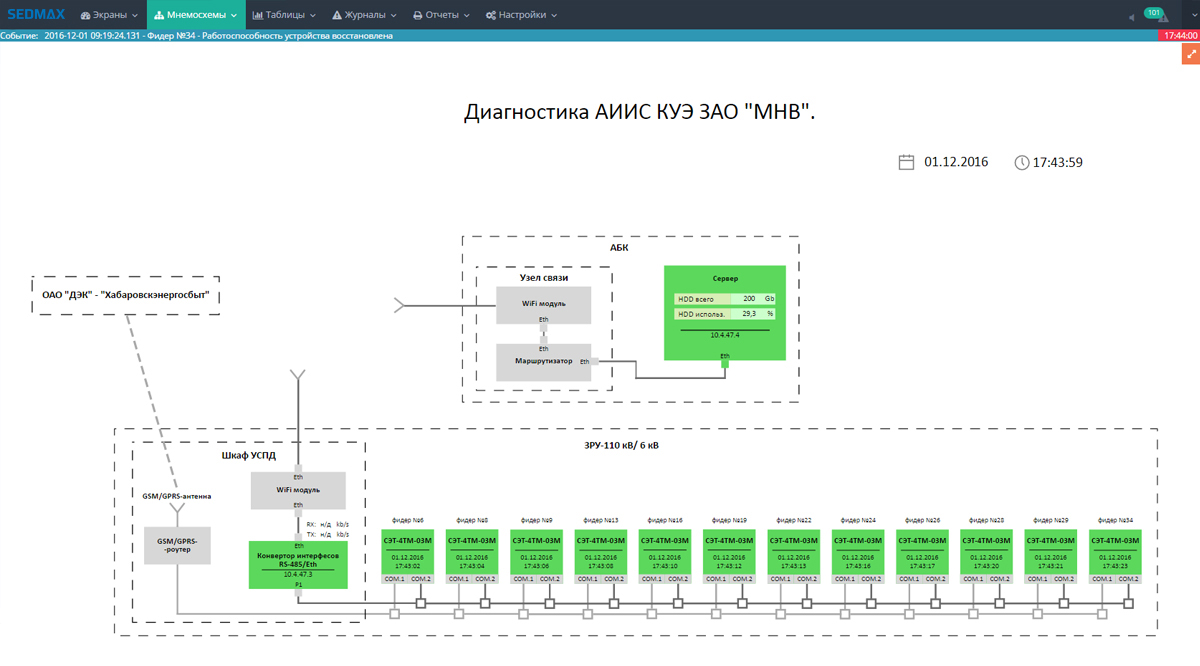 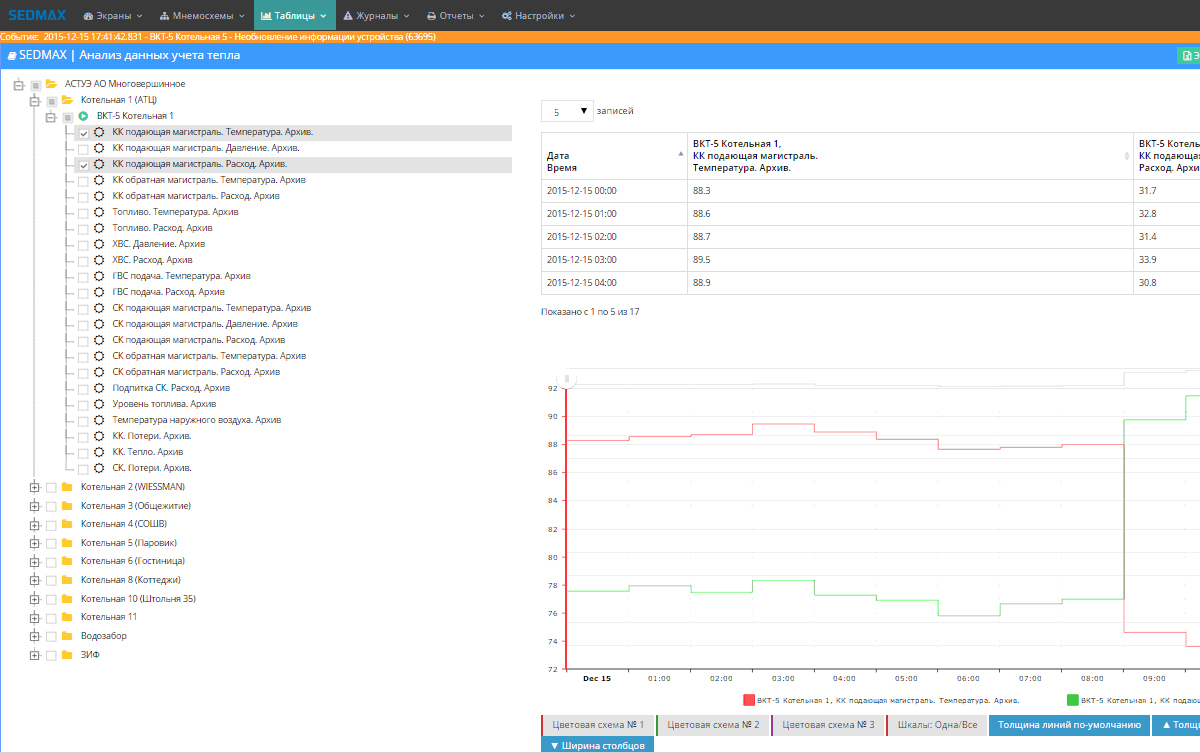