Darkhan TPP (Darkhan, Mongolia). Built in 1966 by Technopromexport. The installed capacity is 48 MW. It has 4 turbogenerators, 12 MW each, coal powered. Is being upgraded since 2013 in order to increase the TPP capacity to 83 MW, the turbine shop is being modernized. Provides heat and energy to the city of Darkhan, the population of which in 2015 amounted to 100,000 people.

ANALYSIS OF THE SITUATION AT THE ENTERPRISE

The company has already been using the EER system since 2002, but it was obsolete both morally and physically and required replacement.

Difficulties with the existing software

In order to deploy the new platform it was necessary to completely dismantle the old system, install new, modern recorders, a server for collecting data from registrars and a time server to ensure the accurate time on the collection server and registrars.

SEDMAX implements an emergency event registration system based on SATEC PM180 devices. Additional functions of the system include energy metering, dispatching and diagnostics of all system components.

The system is a distributed recording system (each connection is equipped with a separate PM180 device). The creation of a unified registration system based on distributed devices was made possible due to the precise time synchronization of devices under the SNTP protocol and SEDMAX functions for combining the oscillograph records of emergency events from a large number of individual devices.

The site’s dispatching is implemented through the current electricity parameters collected from the PM180 devices every second, displaying these parameters in the form of mnemonic schemes and recording them in the database. 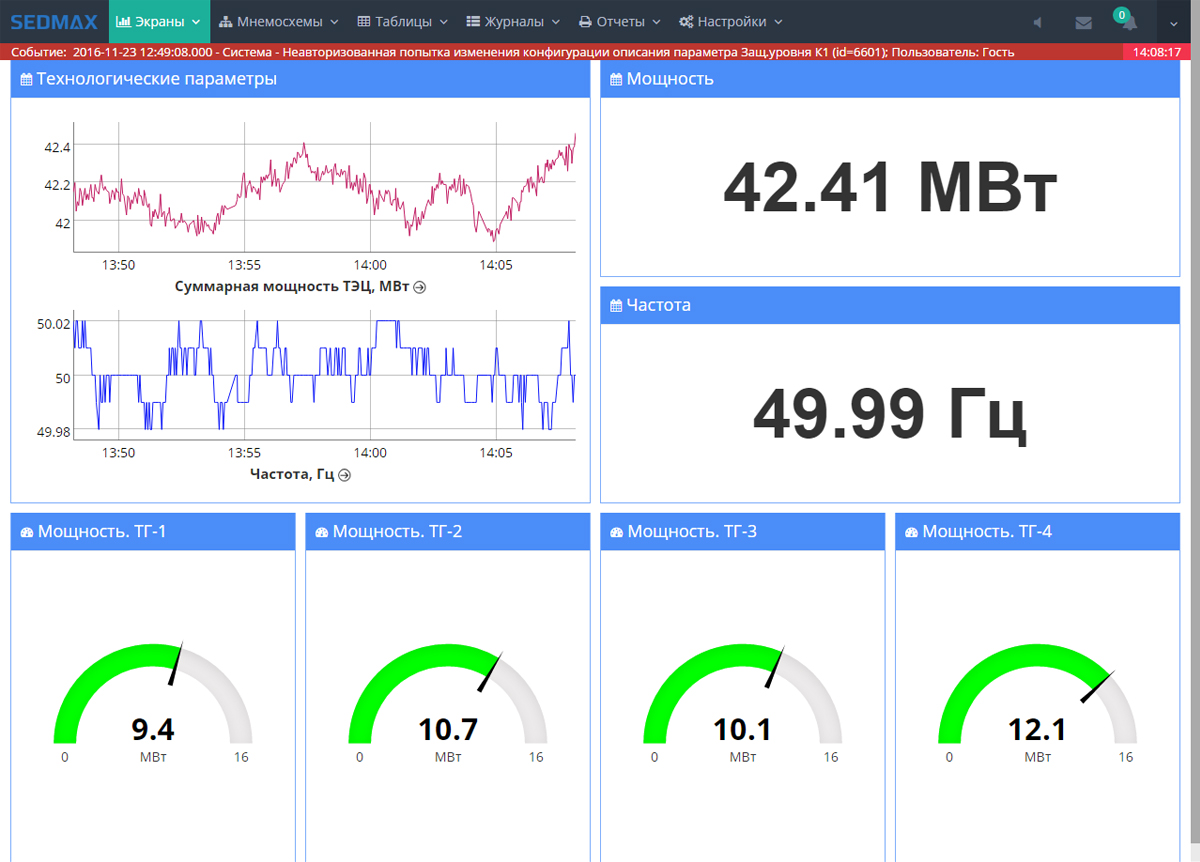 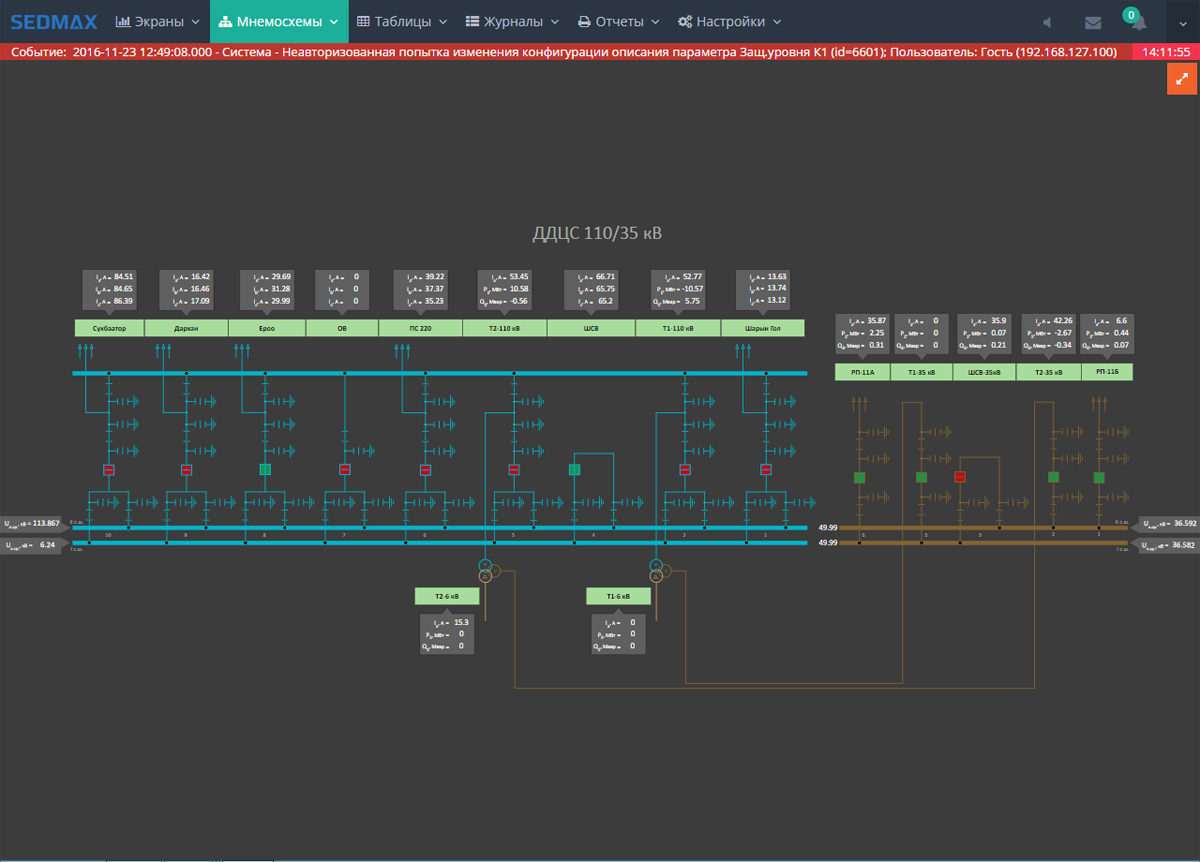 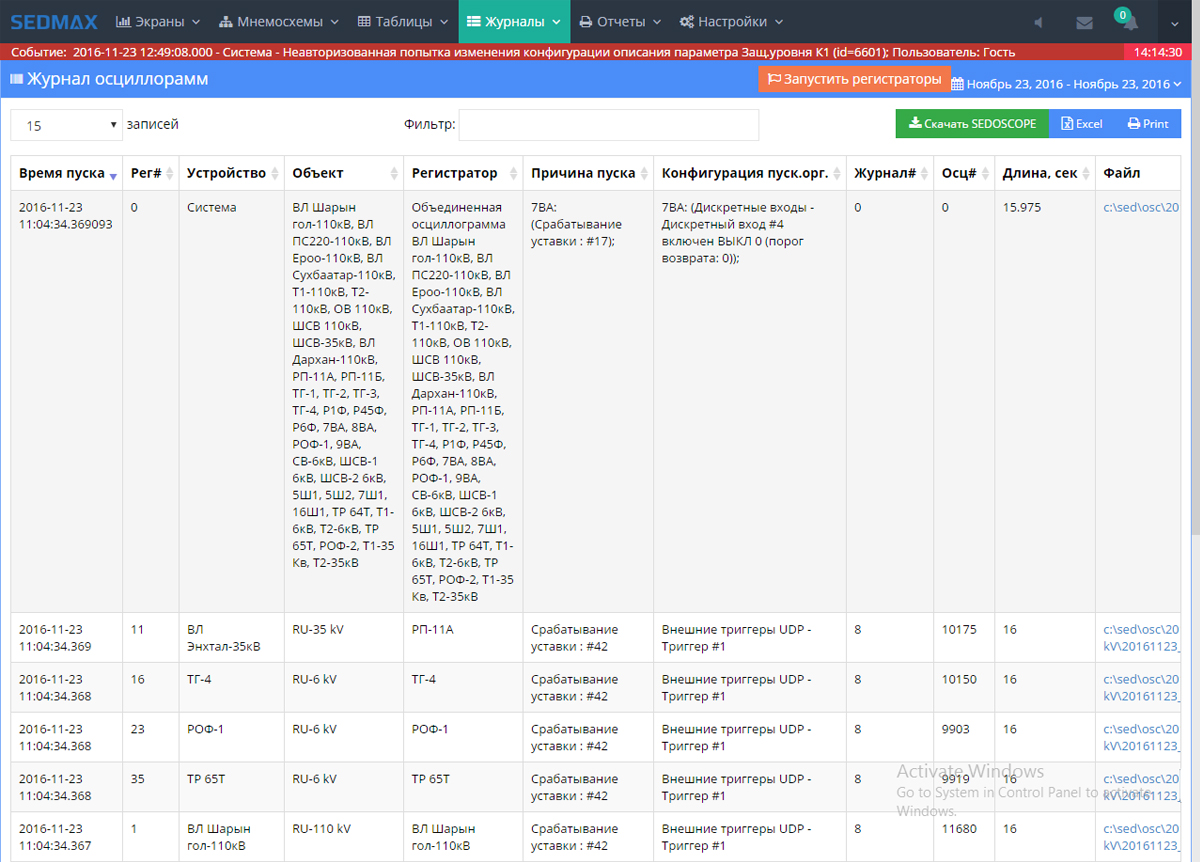 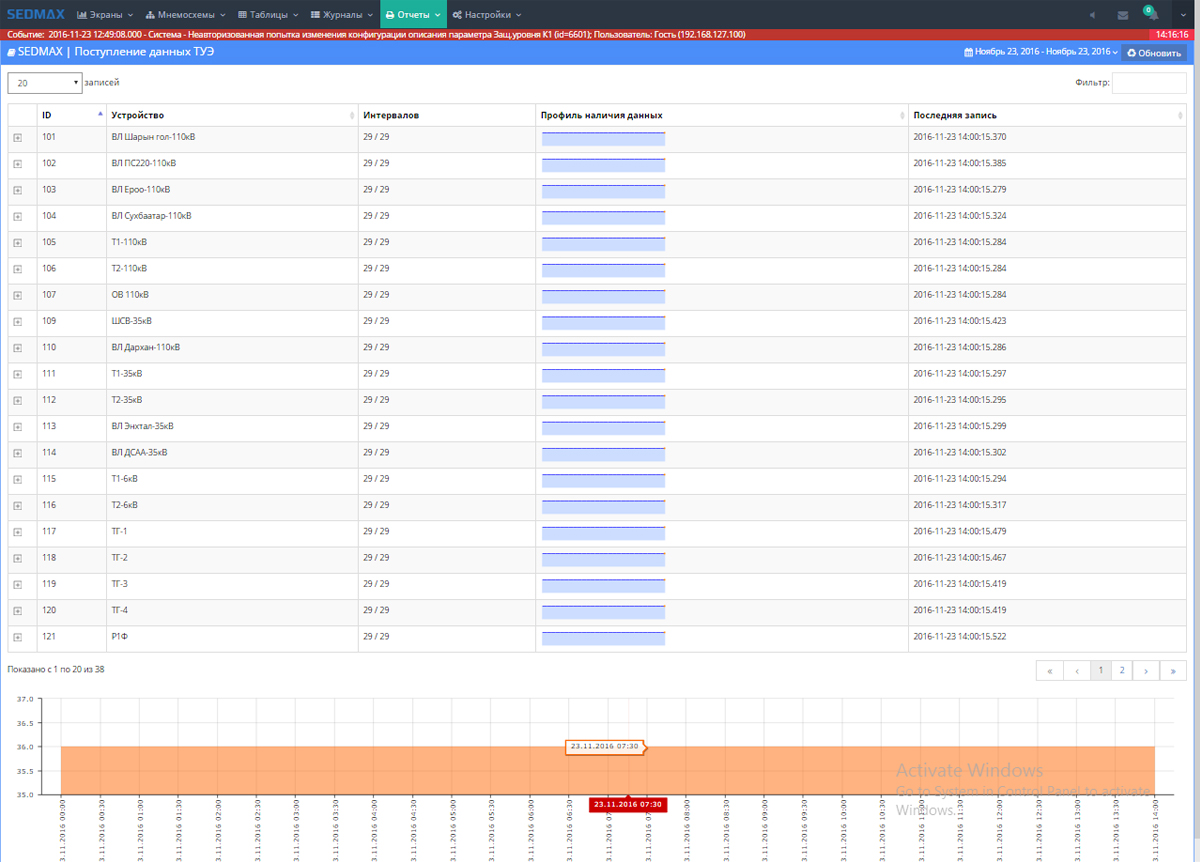 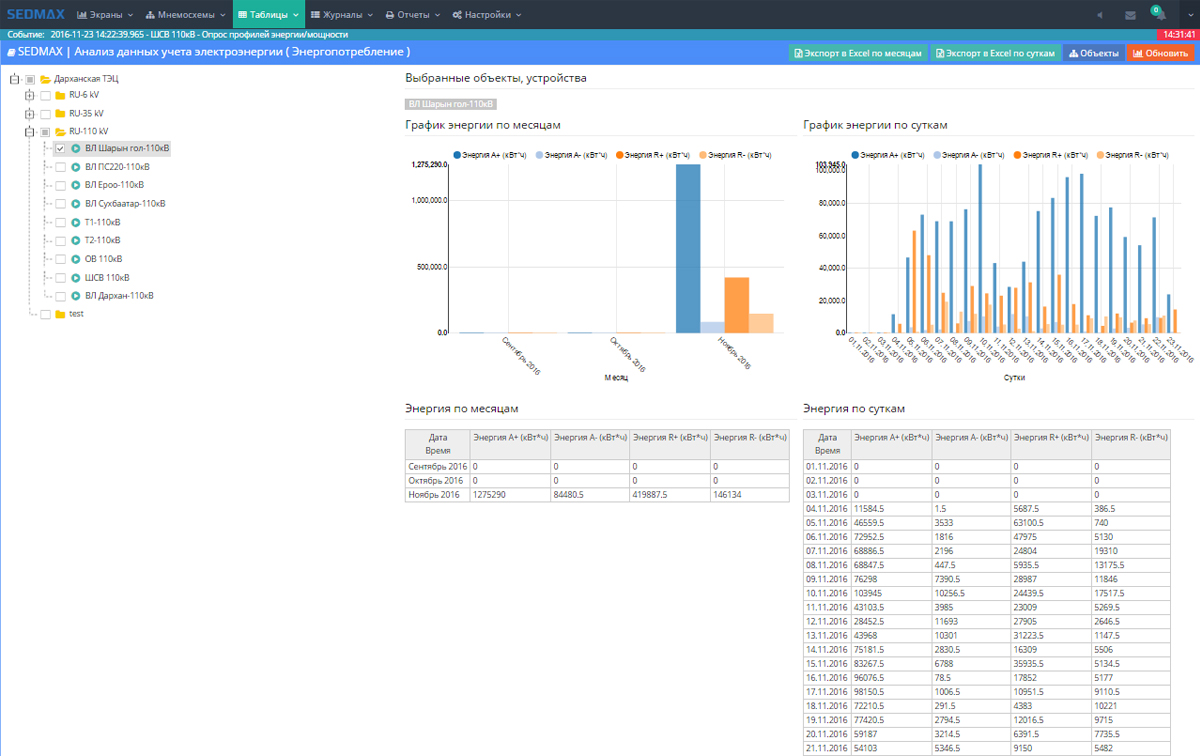 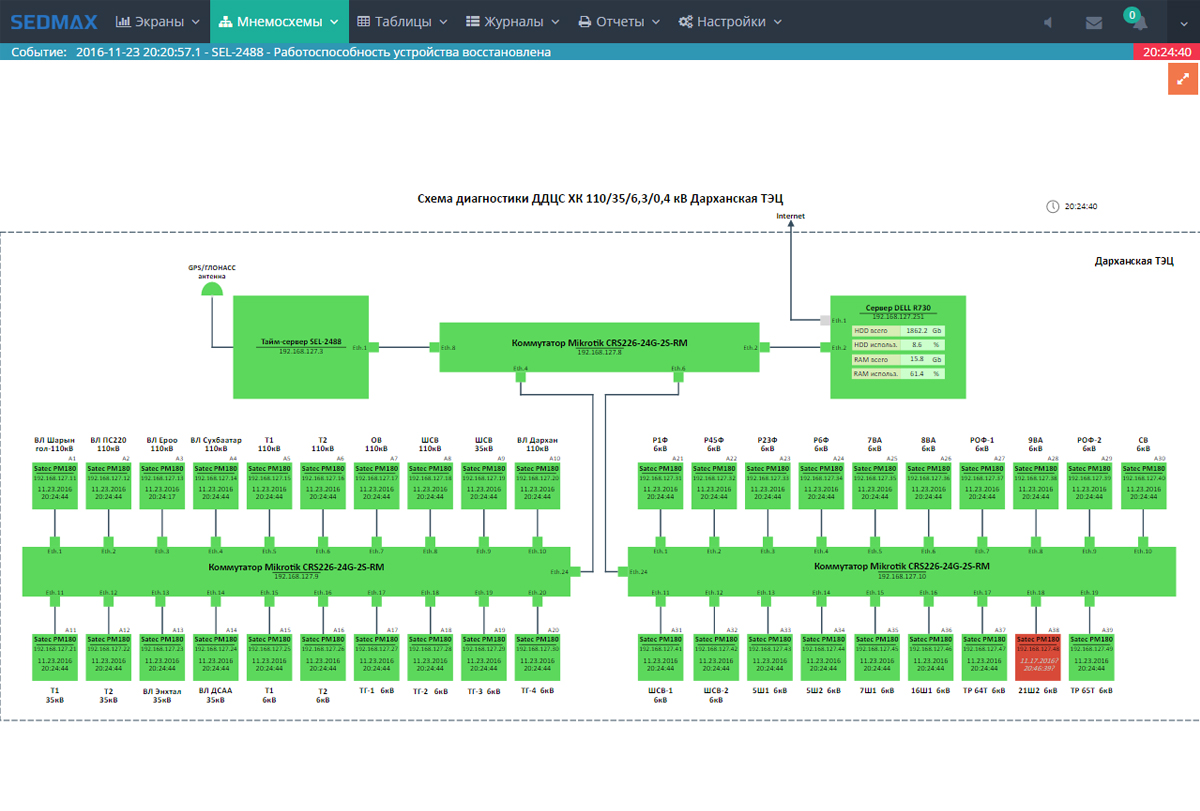 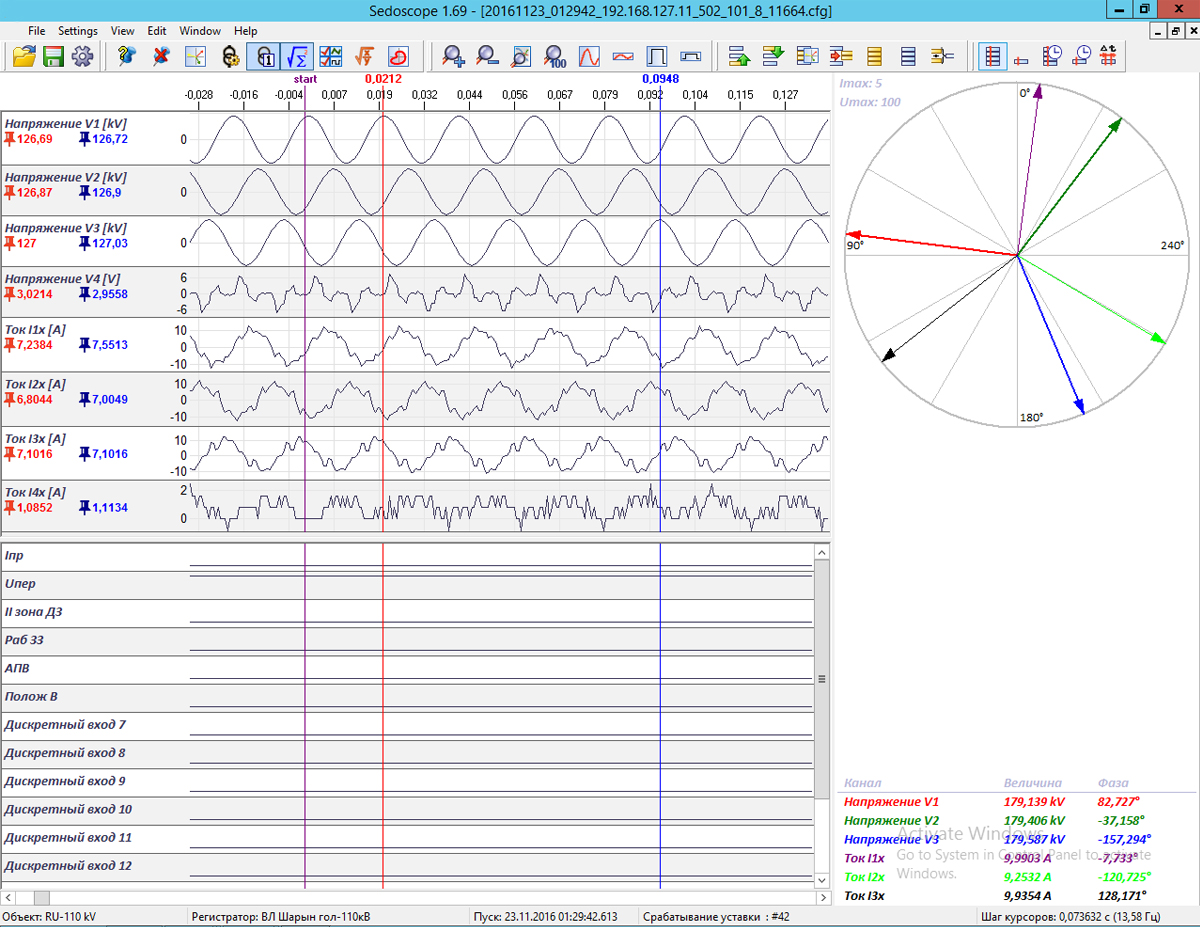