Background of the project

The construction of power units of Leningrad NPP-2 (LNPP-2) is the first greenfield project in the Russian nuclear industry after a 20-year break. The plant is built with the project "NPP-2006", which was carried out in accordance with the requirements of Russian environmental legislation and post-Fukushima recommendations of the IAEA.

The new power plant will have power units with VVER-1200 reactors of the "3+" generation with improved technical and economic indicators. The closest analogue of the station is the Tianwan NPP in China, which was also constructed according to the project of JSC SPbAEP (now ATOMPROEKT JSC) and put into commercial operation in 2007.
Electric power of each power unit of LNPP-2 is 1198.8 MW, heating power is 250 Gcal / h.

Works on the implementation of the System are carried out by the engineering-production company "West-Engineering" from 2016. The planned timeframe for putting the system into operation is the end of 2018.

The main goal of the System is to create a unified platform for plant staff that solves the problems of determining the value of metering indicators (used in financial calculations with energy suppliers and consumers), analysis of consumption, losses and balances to increase the operational efficiency of LNPP-2.

1. Collection, storage and processing of data from sources:

2. Diagnostics in order to minimize the cost of maintenance of the System. SEDMAX monitors the status and operability of all components of the System: network and communication equipment, servers, measuring devices.

3. Extended reporting system. SEDMAX provides all collected and processed information with universal user reports, the form of which is changed by the plant staff, depending on the required data

Features of the solution

An important requirement of LNPP-2 is the use of only Russian components, including Russian software. SEDMAX can work both at Windows, and Russian Astra Linux operating systems. In this project, it was of fundamental importance to apply the Linux operating system. The software SEDMAX is also Russian and registered in the registry of the Ministry of Communications of the domestic software under number 3136. 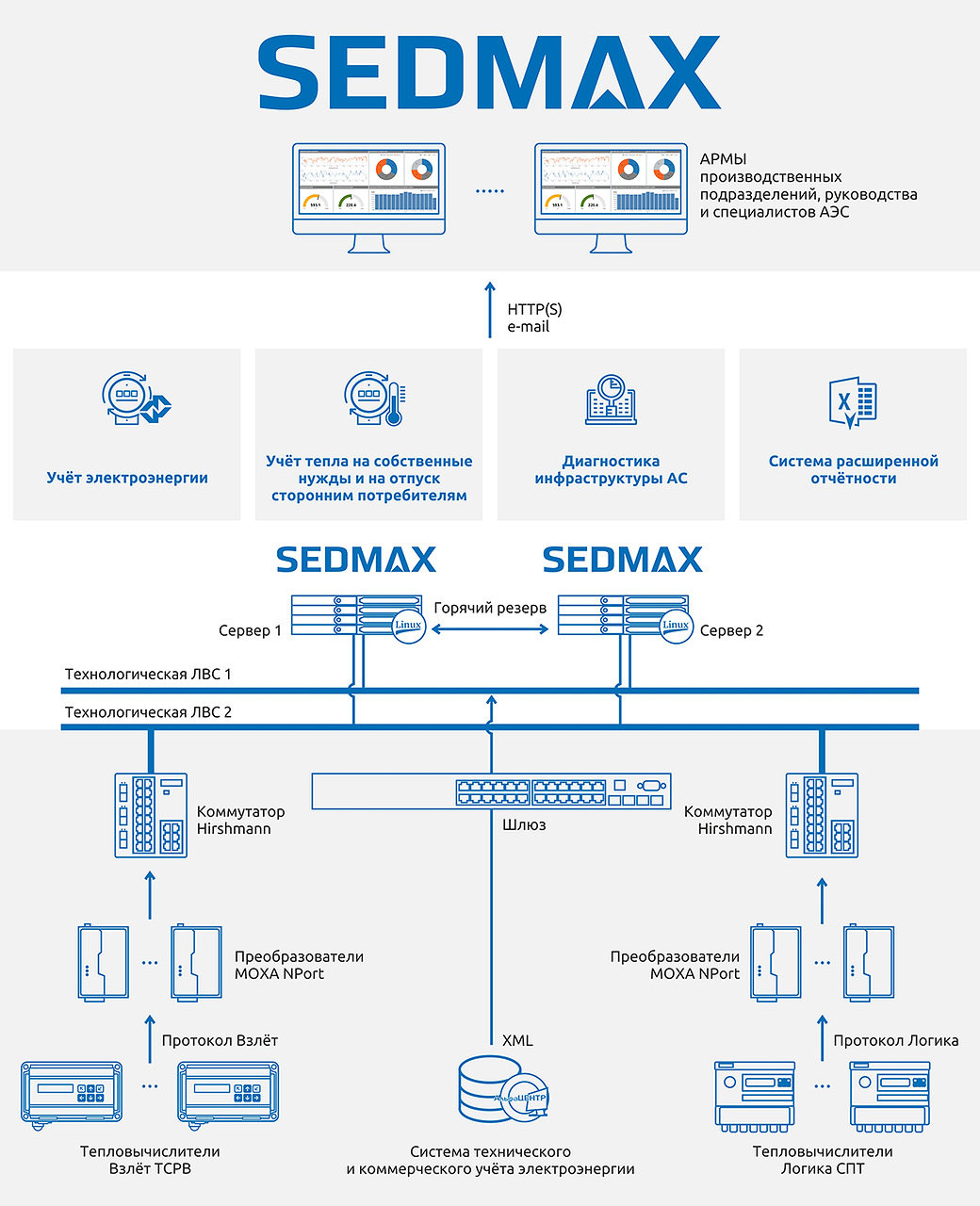