The need for expansion arose in connection with the construction of a gas turbine plant.

Compliance with the requirements for Kazan CHPP-3, as a wholesale market entity, regarding the STDE ASSO 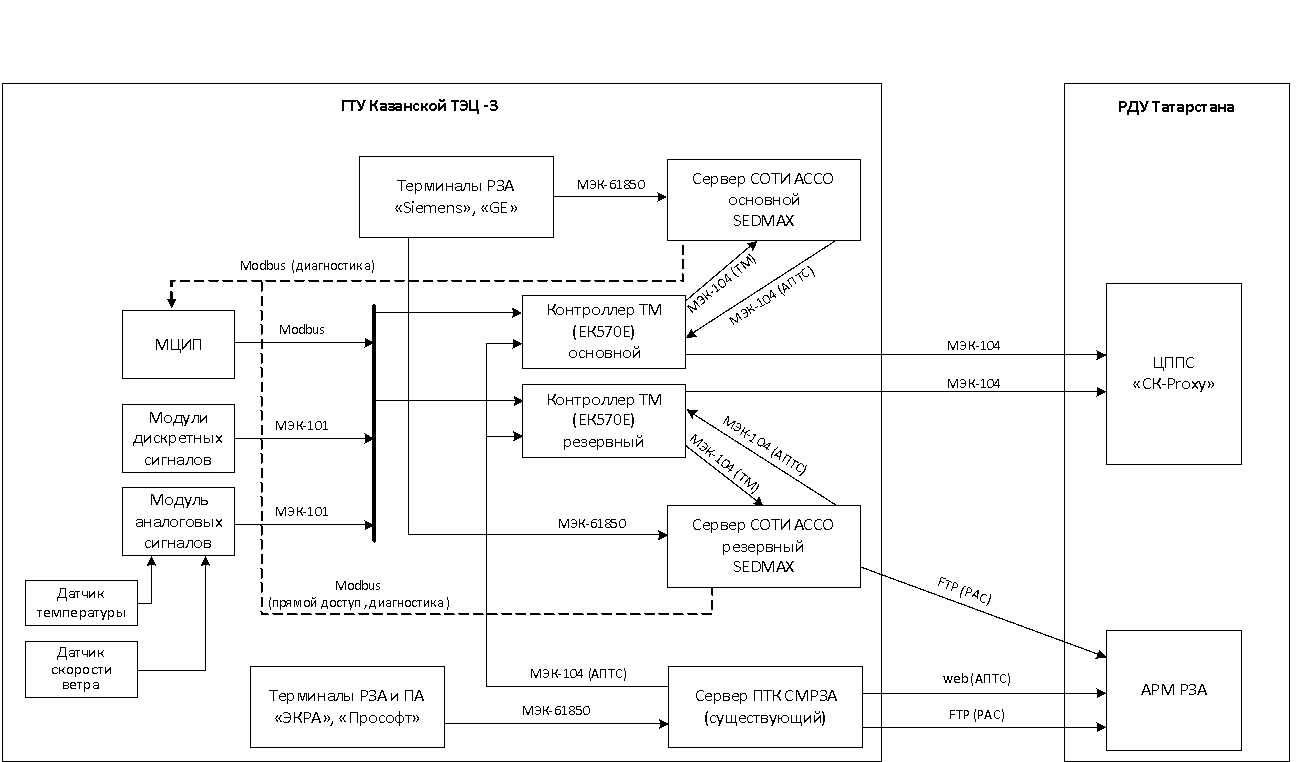 The use of SEDMAX allowed to solve both the problem of storing and providing STDE ASSO information to staff at the facility, and the task of integrating the system with RPA terminals under the IEC61850 protocol, which was impossible to carry out using only remote control controllers.