JSC ILIM Group branch in Bratsk is one of the largest pulp and paper mills in Russia. The Bratsk plant has a 20% share of the domestic market share.

The plant manufactures and sells the following products:

The plant's energy facilities include 33 units on an area of ​​10 km2.

There were 8 major faults in 2017 causing a total loss of tens of millions rubles from underproduction.

Tasks to be completed through the integrated system

The initial solution was diversified and provided for several products on the upper and lower level, which, however, were not integrated into one single system. It was supposed to feed signals from the measuring transducers to a separate Quick-Response and Information Center, registered alarm events to separate software (without collecting the waveforms) and to separate software for recording telephone calls of the control and operation service. The electricity fiscal metering system is also working on the basis of specialized software.

The new solution is based on a multifunctional software package and equipment and operates as described below:

1,230 connections (cells), three main step-down substations and 31 distribution points are fitted with sensors. About 30 parameters, such as current, voltage, frequency, cosine values, position of the pull-out element, position of earthing switches, status of protection devices, etc., are collected from each cell at intervals of 1 ms.

At the top level, there is the SEDMAX software platform for 100,000 tags, 500 electricity metering channels, 200 RAS devices, 25 KKE devices.

The main benefit from implementation of the process control and operation, as well as fault recording, was a reduction in the emergency response time to 5 seconds. Accordingly, the overall time needed for fault management, production downtime and losses from underproduction were reduced. A year after system implementation, the savings ran into tens of millions rubles.

In general, there was a three-fold average decrease in the duration of faults.

In addition to the outstanding financial performance, operating personnel were given a tool for monitoring and controlling all energy facilities from a single workstation, and on-site trips became more efficient and accurate.

The collection of waveforms on a single axis makes it possible to analyze emergency modes and look for the root causes of faults.

The server storage of data on the number of power-on/off cycles of power equipment will make it possible to track the remaining life of the mechanical equipment and take prompt decisions on its replacement. 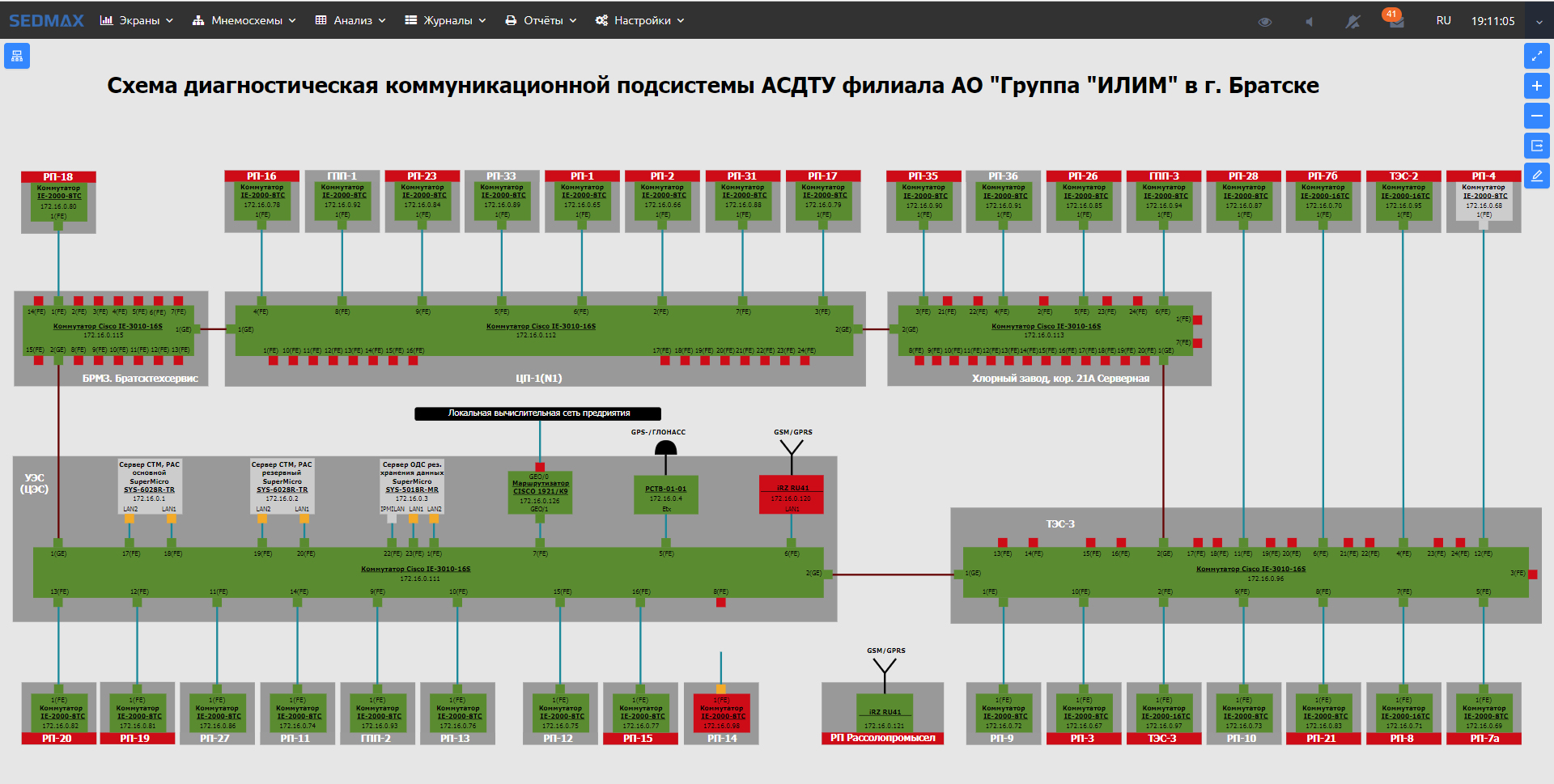 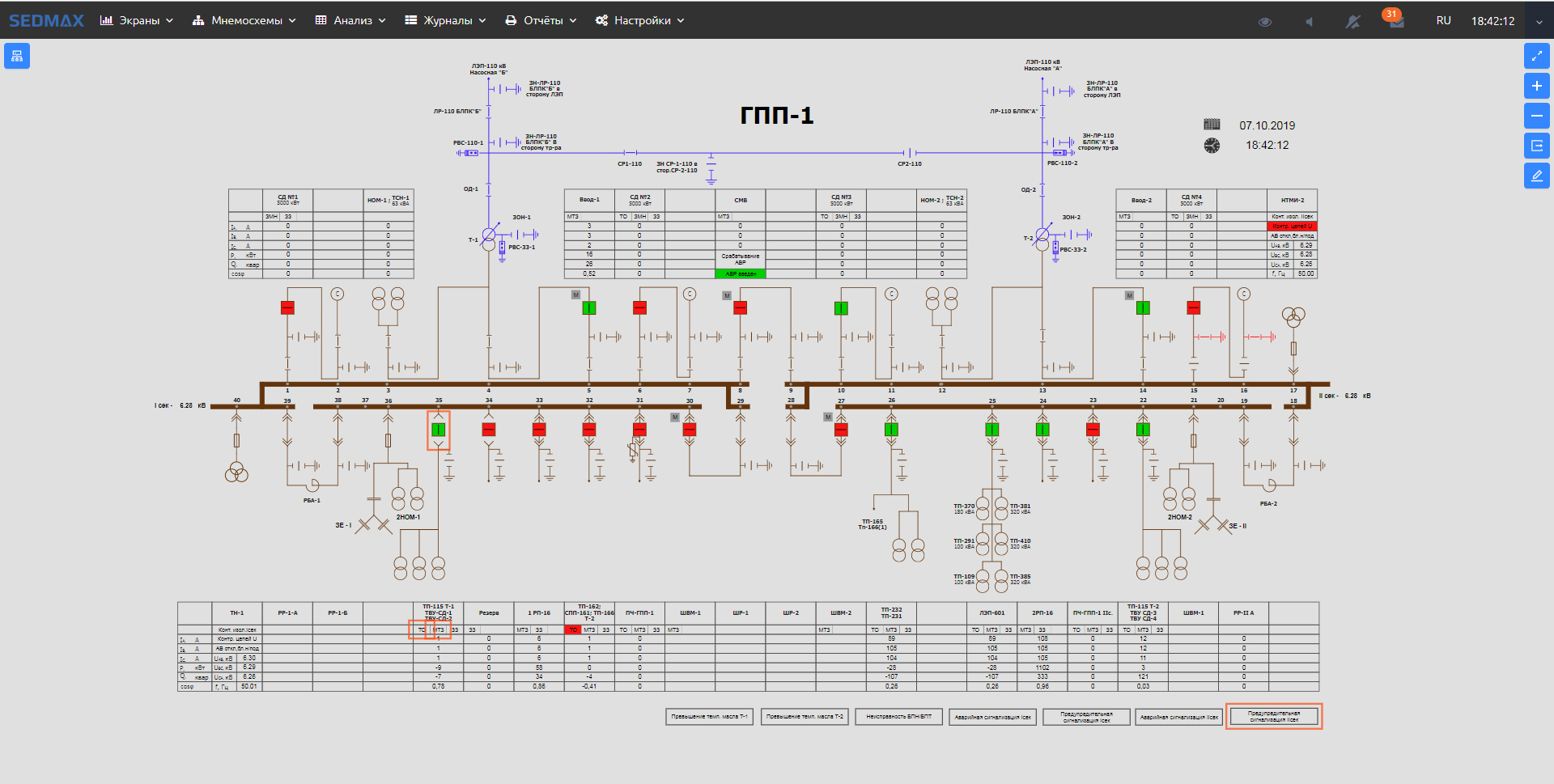